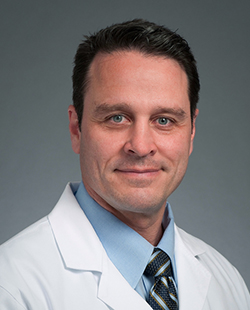 Dr. Benjamin Starnes, The Alexander W. Clowes Endowed Chair, Professor and Chief of Division of Vascular Surgery, was elected to serve as the Western Vascular Society President Elect for the 2018/2019 academic year and will hold the position of President for the 2019/2020 year. The election was held on September 24th, 2018, at the 33rd annual society meeting at the Eldorado Hotel in Santa Fe, NM.

Dr. Starnes first became a member of the Western Vascular Society in 2005. He has since held numerous positions within the society including Program Committee Chair and Recorder. Dr. Starnes expresses, “I am extremely humbled and honored to have been installed as President Elect for the Western Vascular Society. This prestigious society spans 14 Western American States and the Canadian provinces of British Columbia and Alberta. Its members meet each year to share new techniques and discoveries to further advance the care of our patients.”