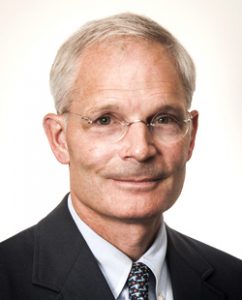 Dr. John Waldhausen accepted the position of Division Chief of Pediatric Surgery at Seattle Children’s Hospital (SCH). This position was previously held by Dr. Robert Sawin until he stepped down last year and Dr. Waldhausen has done a tremendous job as Interim Division Chief since that time. Dr. Waldhausen previously held the position of Division Chief of Pediatric General and Thoracic Surgery at SCH since 2006. With this promotion, Dr. Waldhausen’s positions will merge with an analogous position both at SCH and UW Medicine. He will report to Dr. Wood for academic, clinical, educational and faculty matters and will report to the SCH Surgeon-in-Chief for matters of SCH activities and operations.

Dr. Waldhausen has been an integral part of SCH surgery since 1992 when he came to Seattle for his pediatric surgery fellowship. He joined the faculty in 1994 and rapidly rose through the University of Washington (UW) academic ranks, being promoted to full professor in 2005. In addition to working in close partnership with Dr. Sawin as Surgeon-in-Chief, Dr. Waldhausen served as Program Director of the Pediatric Surgery Fellowship from 2004 to 2017, when he then turned over this important education position to Dr. Patrick Javid, Associate Professor.

Dr. Waldhausen has been an active member of the SCH hospital staff, serving on innumerable committees and providing leadership throughout his SCH tenure. Dr. Waldhausen’s recognition and leadership extends far beyond SCH and UW. Locally, he was elected and served as President of the Seattle Surgical Society. Regionally, he is the current President of the North Pacific Coast Surgical Association. Nationally, he is currently the President-Elect of the American Pediatric Surgical Association, the premier academic surgical society for pediatric surgeons. He is a Past-President of the Association of Pediatric Surgery Program Directors and Past Director of the Pediatric Surgery Board of the American Board of Surgery.