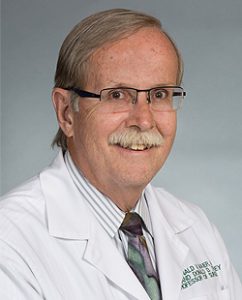 Ronald V. Maier, MD, FACS, FRCSEd(Hon), Past-First Vice-President of the American College of Surgeons (ACS), received the prestigious International Society of Surgery’s (ISS) prize of the Société Internationale de Chirurgie at the 47th Annual World Congress of Surgery in Basel, Switzerland. The prize is awarded to “the surgeon who has published work which has made the most notable and useful contributions to surgical science.”

Dr. Maier is the Jane and Donald D. Trunkey Professor of Trauma Surgery, vice-chair, department of surgery, University of Washington, and surgeon-in-chief, Harborview Medical Center, Seattle.  He is president of the American Surgical Association (ASA) and has served as past-director and chair of the American Board of Surgery, as well as a member of the ACS Committee on Trauma (COT), including as Chief of Region X and as Chair of the COT’s Injury Prevention and Control Committee. He continues to serve as a consultant to the ACS Program Committee.

Throughout his career, Dr. Maier has been interested in the critically ill surgical patient, focusing on the underlying pathophysiology driving the aberrant host immuno-inflammatory response, and subsequent clinical syndrome of multiple organ failure with its attendant high morbidity and mortality. He has received funding continuously from the National Institutes of Health (NIH) since 1981 and has been a member and Chair of the NIH Surgery, Anesthesiology and Trauma Study Section. His interest in trauma has also involved extensive clinical studies of the acute management of the severely injured and critically ill patient. Dr. Maier has presented his work worldwide, and has delivered more than 400 lectures on trauma, critical care, and surgical immunology. He has published more than 400 peer-reviewed articles, and contributed to or co-authored more than 60 book chapters.