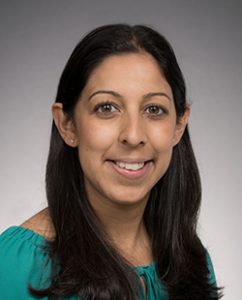 Doctors who are leaders in treating and researching colon and rectal cancers are discovering the age of their patients keeps going down.

In the last 10 years, they’ve noticed more patients in their 30s, 20s and even teens getting diagnosed – something that used to be considered incredibly rare.

Even the best experts in the field say they have no idea why.

“Cancer was not even a possibility in my mind,” said Marcio Torre, who is a Gig Harbor physician in orthopedics and general surgery. He’s also a husband and dad to two young kids.

He told KIRO7’s Deedee Sun that at age 43, he noticed something wrong.

“The way it started for me was blood dripping into the toilet and blood coated-stools. That’s classically how an internal hemorrhoid is going to present,” Torre said.

With no family history of colon cancer, he dismissed it.

Over the next few years, the symptoms came back about once per year.

Then in 2018, Torre said he had a bowel movement that his medical training told him he could not ignore.

“It was flat, kind of ribbonlike, short, fragmented feces. And that to me, I knew it is cancer until proven otherwise,” Torre said.

He got his diagnosis in December.

“Just before Christmas. It was hard on my wife, Nicole. I think we’ve gotten through the worst,” Torre said.

“I was shocked at the CT scan result when I was at stage 4, which indicated that we had liver metastasis. That was humbling. I knew at that stage it was bad,” Torre said.

Torre is in his 40s, but experts in the field say colorectal cancers are suddenly showing up in much younger patients, too.

“All of us are increasingly seeing patients now that are in their 20s and 30s coming in with rectal cancer, and it was really a rarity in the past when you saw a patient that age,” Krane said.

She said many of those young patients also have no family history of colon cancer and end up getting diagnosed with an advanced form of the cancer that impacts the last section of the lower intestines, closest to the rectum.

“I think it is really alarming,” Krane said.

The cause behind the recent spike is a mystery to the medical community.

“The increase is happening too quickly to be described or attributed just to something genetic. So most of us think that there is some environmental exposure, lifestyle factors that are increasing that risk. And we don’t know what it is,” Krane said.

Adding to the problem – like with Torre – young patients with who see signs such as rectal bleeding or abnormal stools just don’t think “cancer.” Their doctors don’t, either.

It’s why Torre is sharing what he’s going through.

“So this never has to happen to someone else again,” Torre said. “Listen to your body. Bleeding of any kind anywhere is not normal. Go see a physician. Don’t be afraid by a colonoscopy.”

Torre is doing incredibly well, but he still has a long road ahead, including more chemotherapy next week.

“I really have no idea how much time I have left, but I’m pretty optimistic and so are my surgeons,” Torre said.

Sun asked Krane when it’s time to see a doctor and what red flags to look for.

“If you have rectal bleeding, if you notice a change in your bowel habits or the size of your stool or you’re having vague abdominal pain, those are reasons to see a doctor. Especially at your age where normally you may just say, ‘I’m busy, I don’t think this is anything. I’m just going to see what happens.’ I think listening to those symptoms, and then I think advocating for yourself when you’re at the doctor’s office and saying, ‘I’m experiencing bleeding, it’s been increasing, I know it just may be hemorrhoids, but I’ve heard about colorectal cancer. Can we talk about whether I should be screened for it?’” Krane said.

Krane also describes stools that can be indicators for colorectal cancer.

“People will typically, when they have rectal cancer in particular, will notice a narrowing in their stool. They’ll call it a ribbon-like stool. And essentially what’s happening is a tumor starts on the inside of the intestine, and it starts causing a partial blockage. So what’s able to come out is thinner. They may also notice it’s deformed,” Krane said.

“You asked, what can you do? You can look at your bowel movements,” Krane said. “People will describe, I started noticed my bowel movements were misshapen. My stool every time seemed to have a defect on it, it was like concave. That can also be signs of a tumor.”

“Some people may experience they’re going much more frequently, and they’ll describe like they don’t feel like they’re emptying. And that’s because whatever can make it through this more narrow rectum is what’s coming out, but there’s still things left over,” Krane said.

“And lastly, I think that the consistency can change. So people may all of a sudden notice there’s more diarrhea,” she said.

She said all of those symptoms can be caused by other issues, but it’s worth bringing up to your general practitioner and having a conversation about whether you should be screened further.