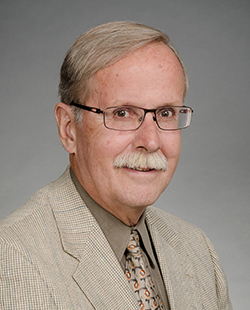 Ronald. V. Maier, MD, FACS, the Jane and Donald D. Trunkey Endowed Chair in Trauma Surgery, vice-chairman, department of surgery, and professor of surgery, University of Washington School of Medicine, Seattle, was elected President-Elect of the American College of Surgeons (ACS) at the Annual Business Meeting of the Members in October 2017. The First and Second Vice-Presidents-Elect also were elected.

Prior to his current positions at the University of Washington School of Medicine, Dr. Maier was assistant professor (1981−1984) and then associate professor of surgery (1984−1990). At Harborview Medical Center, he previously served as associate director, SICU (1981−1983); director, SICU (1983−2001); acting chief of trauma, Northwest Regional Trauma Center; and acting chief of surgery (1992−1994).

In addition to the ACS, Dr. Maier has held leadership positions in a number of professional organizations, serving as president of the Society of University Surgeons, Shock Society, American Association for the Surgery of Trauma, Surgical Infection Society, International Surgical Society: International Association of Trauma Surgery and Intensive Care, the Halsted Society, the North American Trauma Association, and at present the American Surgical Association. He is a past-director (1996−2004) and past-chair (2003−2004) of the American Board of Surgery.

Among his many honors, Dr. Maier is a recipient of the Distinguished Alumnus Award, department of surgery, University of Washington; Lifetime Achievement Award in Trauma Resuscitation, for outstanding contributions in trauma science, American Heart Association; Dr. Rodman E. Sheen and Thomas G. Sheen Award for outstanding contributions to the medical profession; Lifetime Service Award, International Association for Trauma Surgery and Intensive Care; the Scientific Achievement Award from the Shock Society; the Flance-Karl Award, for seminal contributions in basic laboratory research with clinical surgery applications, American Surgical Association; the Parker J. Palmer Courage to Teach Award from the Accreditation Council for Graduate Medical Education; and the Surgeon’s Award for Service to Safety, National Safety Council. He delivered both the Fitts Oration in Trauma at the American Association for the Surgery of Trauma in 2017 and the Scudder Oration in Trauma at the ACS Clinical Congress in 2013. Dr. Maier also is a member of the Gold Humanism Honors Society, and has been an elected Fellow of the American Association for the Advancement of Science since 1995 for his research on molecular signaling during proinflammatory innate immunity.

Dr. Maier serves on the editorial boards of several prestigious journals, including World Journal of Surgery; World Journal of Emergency Surgery; Injury; and European Journal of Trauma and Emergency Surgery. He is associate editor of SHOCK and the Journal of Trauma and Acute Care Surgery. Since 1995, Dr. Maier has been a visiting professor or named lecturer on 38 occasions, and has delivered more than 400 lectures on trauma, critical care medicine, and surgical immunology. Dr. Maier has been funded continuously by the National Institutes of Health (NIH) since 1981, totaling more than $20 million in grants, and has been a member and Chair of the NIH Surgery, Anesthesiology and Trauma Study Section.