After years of breathing problems, a patient sings her gratitude loud and clear.

On a recent Sunday at church, Marilyn Gibbs-Wightman stood up to sing.

She knew she’d need some help — just a few months before, she’d had 15 blood clots removed from her lungs, and her voice was not fully recovered. As the choir lent their vocal strength to hers, the familiar lyrics of “Safe in His Arms” gained a new significance.

Gibbs-Wightman might have been thinking about God. Or her fellow choristers. Or her medical team. Or, indeed, all of them. Because she’s not only grateful to be singing again. She’s also simply glad to be alive.

Gibbs-Wightman, a project administrator for Exxel Pacific Construction, had suffered from breathing problems since 2009. She passed out in her apartment building’s stairwell, went to the hospital for two weeks, and was prescribed blood thinners to remedy what her doctors thought was a problem with clotting.

Then Gibbs-Wightman got worse. She lost her breath easily. She fainted in the bathroom; she fainted in church. She became resigned to waking up on the floor with a circle of worried faces staring down at her. Although she was in and out of the hospital every couple of months, she was no closer to understanding why.

“I had a lot of nights where I cried because I just couldn’t catch my breath,” says Gibbs-Wightman.

Holidays at the hospital

Then Gibbs-Wightman’s doctor referred her to Peter Leary, MD, PhD, a pulmonologist at UW Medicine. Leary diagnosed her with embolic pulmonary hypertension, a type of high blood pressure where arteries in the lungs become blocked. The heart has to work harder to force blood through the narrowed arteries, which eventually causes the heart muscle to weaken and fail. 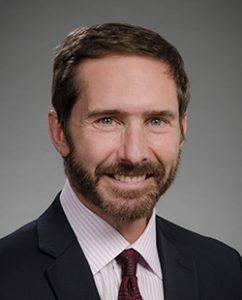 “Tens of thousands of patients every year develop this problem, but it’s often misdiagnosed as chronic obstructive pulmonary disease,” says Michael Mulligan, MD, chief of the Division of Cardiothoracic Surgery and Gibbs-Wightman’s surgeon. “It’s usually when they finally get a CT scan for some other reason that they’re diagnosed correctly.”

Although Gibbs-Wightman knew she needed surgery urgently, she was dismayed to learn she’d have to spend the holidays at UW Medical Center. But, she says, she was pleasantly surprised by the experience. Mulligan and other doctors, nurses and therapists came to check on her regularly, sometimes on their days off. They made sure Gibbs-Wightman’s mother, who had traveled across the country, had blankets and pillows so she could get some rest. They even brought homemade treats.

“The holidays are hard when you’re in the hospital and can’t take care of yourself,” Gibbs-Wightman says. “To have nurses and doctors come in and sit down and talk, ask if I need anything and take care of my mom and my husband — it really touched me that they were going the extra mile.”

Shortly after New Year’s Day, Gibbs-Wightman was able to go home. And soon after that, she was back with the choir. “Slowly but surely, I’m starting to sing again,” she says. “I just have to wait for it to come back. Everything happens in season, so this is my season to tell people my story.”

It’s also been a season of reflection for Gibbs-Wightman. “If it wasn’t for the doctors at UW Medicine, I would be dead,” she says. “Now that I have a second chance, I try to help somebody every day.”

In addition to being a surgeon, Mulligan is also a researcher at UW Medicine, and he notes that his research on post-surgical inflammation in lung transplant patients could also benefit people who, like Gibbs-Wightman, have pulmonary hypertension.

“If we had a treatment to prevent inflammation, we could eliminate a lot of the complications of the disease,” says Mulligan. “Having more research support from the public would be incredibly powerful — it would be transformative for our entire specialty.”

Gibbs-Wightman has her own view on generosity — one that reflects both the grace of the individual and the power of the group. Something like a choir, in fact.

“Every time someone gives a little amount to make a bigger amount, everybody gets better,” she says. “So if you give a little or a lot, it all pulls together and works for greatness.”

If you’d like to help patients like Marilyn Gibbs-Wightman breathe easier with better treatments, please make a gift to pulmonary research.