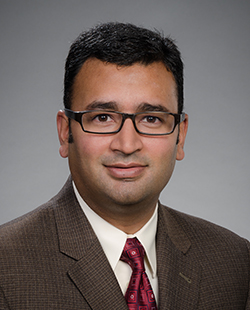 “My surgeon, Dr. Nahush Mokadam, is phenomenal,” said Danny. “He put the Total Artificial Heart in and when I woke up, I felt a lot better immediately.”

When Danny started experiencing fatigue and nausea around age 33, he knew something wasn’t right. He went to several doctors over the next few years, but was told there was nothing wrong or that it was depression.

As time went on, Danny’s condition worsened and he began to have problems with memory and breathing. Working as a radiologic technologist, his symptoms worsened to the point that he could no longer do his job.

“I couldn’t remember how to do scans I’d been doing for 16 years,” he said.

Danny sought care at a local emergency room and ended up being hospitalized for a week. X-rays showed he had fluid in his lungs, but doctors ruled out heart failure because of his young age. However, a couple of days after he was released from the hospital, Danny went back, knowing something was still wrong. MORE